Naples is the regional capital of Campania and the third-largest city of Italy, after Rome and Milan. Founded by Greeks in the first millennium BC, Naples is one of the oldest continuously inhabited urban areas in the world. In the ninth century BC, a colony known as Parthenope was established on the Island of Megaride. In the 6th century BC, it was refounded as Neápolis.

The city was an important part of Magna Graecia, played a major role in the merging of Greek and Roman society, and was a significant cultural centre under the Romans Since the late 20th century, Naples has had significant economic growth, helped by the construction of the Centro Direzionale business district and an advanced transportation network, which includes the Alta Velocità high-speed rail link to Rome and Salerno and an expanded subway network. Naples' historic city centre is the largest of its kind in Europe and has been designated as a UNESCO World Heritage Site.

A wide range of culturally and historically significant sites are nearby, including the Palace of Caserta and the Roman ruins of Pompeii and Herculaneum. Naples is also known for its natural beauties, such as Posillipo, Phlegraean Fields, Nisida, and Vesuvius.

Depart from an airport of your choice, fly to and land at LIRN, your flight distance must be further than 150 NM. 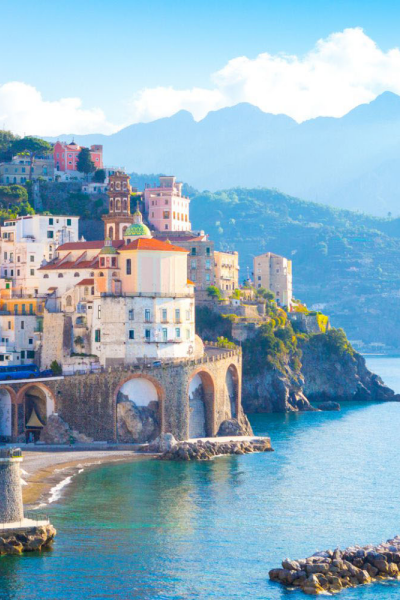