Mardi Gras, or Fat Tuesday, refers to events of the Carnival celebration, beginning on or after the Christian feasts of the Epiphany (Three Kings Day) and culminating on the day before Ash Wednesday, which is known as Shrove Tuesday. Mardi Gras is French for "Fat Tuesday", reflecting the practice of the last night of eating rich, fatty foods before the ritual Lenten sacrifices and fasting of the Lenten season.

Related popular practices are associated with Shrovetide celebrations before the fasting and religious obligations associated with the penitential season of Lent. In countries such as the United Kingdom, Mardi Gras is more usually known as Pancake Day or (traditionally) Shrove Tuesday (derived from the word shrive, meaning "to administer the sacrament of confession to; to absolve")

Some think Mardi Gras may be linked with the ancient Roman pagan celebrations of spring and fertility such as Saturnalia, which dates back to 133–31 BC. This celebration honoured the god of agriculture, Saturn. It was observed in mid-December, before the sowing of winter crops. It was a week-long festival when work and business came to a halt. Schools and courts of law closed, and the normal social patterns were suspended. On the Julian calendar, which the Romans adopted in 45 BC, the winter solstice fell on December 25. Hence, the celebration gradually became associated with Christmas.

The festival season varies from city to city, as some traditions, such as the one in New Orleans, Louisiana, consider Mardi Gras to stretch the entire period from Twelfth Night (the last night of Christmas which begins Epiphany) to Ash Wednesday. Others treat the final three-day period before Ash Wednesday as the Mardi Gras. In Mobile, Alabama, Mardi Gras–associated social events begin in November, followed by mystic society balls on Thanksgiving, then New Year's Eve, followed by parades and balls in January and February, celebrating up to midnight before Ash Wednesday. In earlier times, parades were held on New Year's Day. Carnival is an important celebration in Anglican and Catholic European nations.

Depart from an airport of your choice, fly to and land at KMSY, your flight distance must be further than 100 nm. Your landing rate must not exceed 200 f/m.
This event has finished and the achievement can no longer be obtained. 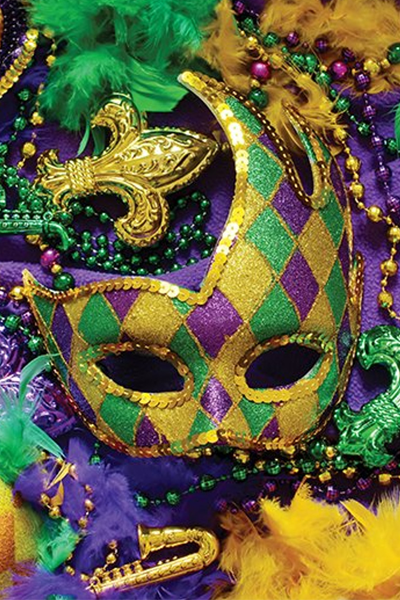